Check Us Out On

Check Us Out On

Credit to Lance Wheeler for reuploading the video. 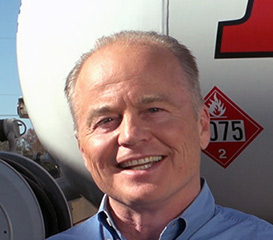 Richard Coon inherited the hard working ethics of his parents Marcia and Lawrence Coon. Growing up around the family business, Richard’s talents and knowledge of business began to develop. As a young man, he was recognized for his accomplishments as a member of Team Honda Racing.

Richard’s entrepreneurial spirit led him to found First Fuel in 1993. Within twelve months he had hired a service technician and grew the business to 400 customers. His new business was now supplying heating oil and kerosene to the community. In 1994, while the business continued to grow, Richard added two more service technicians. In addition, he added a second fuel truck to the fleet.

To secure the growth of the business in 1996, Richard moved the operation to a new location. It was there that First Fuel erected its company headquarters and first bulk tank storage facility. The bulk storage tanks changed the business operation. Now First Fuel was making daily trips to the Albany fuel ports, allowing more time to devote to customer growth and retention.

1996 welcomed a new era for First Fuel. The company ventured into the liquid propane market, supplying propane to customers in Columbia County, NY. As a result, this opened up his operations to new areas of fuel demands.

2013 posed the biggest challenge to the company, pushing the demands for Richard’s spirit and vision. First Fuel & Propane built a second liquid propane facility in Rensselaer County, NY, allowing the company to handle the growing demands for propane in the region.

First Fuel & Propane tank sales are recognized by contractors and builders in the area as the main source for 500 and 1000 gallon liquid propane tanks, with the largest in-stock inventory of propane tanks. Availability and rapid delivery of propane tanks often exceed the expectations for time-sensitive building projects.

First Fuel & Propane is still driven by the racing spirit of its owner and founder Richard Coon. Their fleet of trucks and crew of professionally trained drivers deliver fuel daily. This service helps to serve the needs of the community in ten counties. The office staff works closely with clients and new customers to build long term relationships. Finally, the entire team strives to find new ways to make everyone’s lives a little simpler and more comfortable.

Most of all, First Fuel & Propane is still a locally owned and family operated company with the simple philosophy of “How can we service the customer better and grow as a business?” Richard Coon still frequently delivers fuel to customers. By staying in contact with his community, he is both business owner and a contributor to the well-being of the community he grew up in.

“Thank you!” to all of our propane gas and heating oil customers.

Give a Reply Cancel reply